Son of Monroe Harrison Conard, Sr., and the late Mary Pope Conard, he was preceded in death by his daughter, Beverly Conard Bradley. He spent three years as a military policeman in the Army serving 13 months in Korea. He retired as a pipe fitter from Champion International. He graduated from Canton High School in 1962. In addition to his father, he was survived by his wife of 42 years, Mary "Sandy" Brooks Conard; a son, Andrew Conard; two grandchildren, Michael Brandley and Morgan Conard; and an extended family. His funeral was officiated by The Rev. Doug Love and The Rev. J. D. Grant. 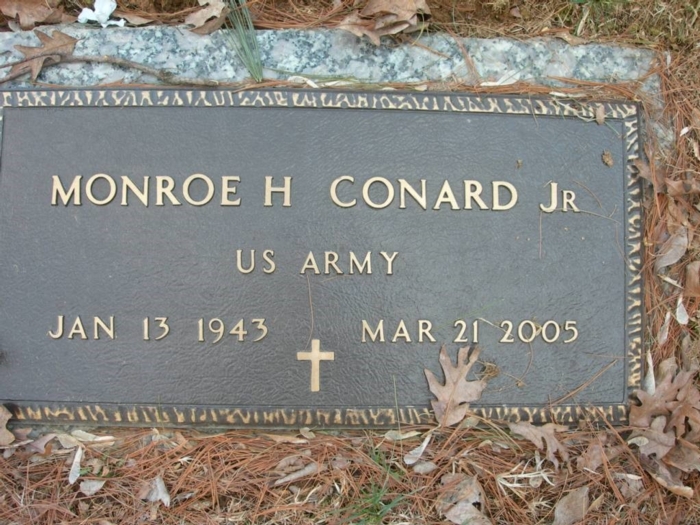